Warning: count(): Parameter must be an array or an object that implements Countable in /home/customer/www/kylecomathompson.com/public_html/wp-content/themes/marble/ebor_framework/metabox/init.php on line 746
 Home | Kyle Coma-Thompson 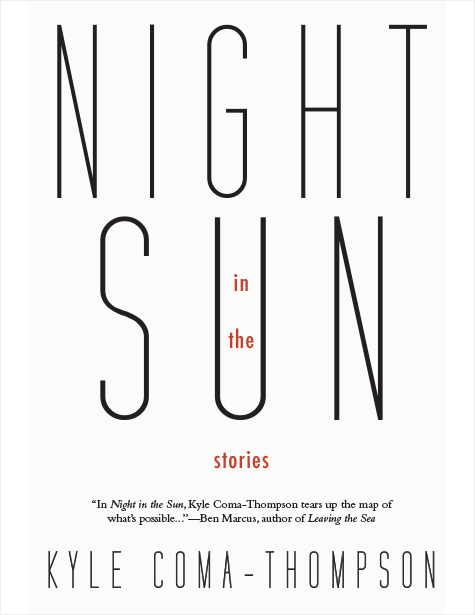 NIGHT IN THE SUN - PRESS

“In Night in the Sun, Kyle Coma-Thompson tears up the map of what’s possible, refining the tradition of the short story while reaching deep into its unknown future, showing the way forward.”

“Some writers seem to be after the perfectly honed, well-manicured short story while others are interested in reinventing the form each time they pen a line. Coma-Thompson manages to do both: Night in the Sun is filled with sui generis short stories that seem at once daringly jotted and carefully worked–full of surprise but with never a word out of place.”

- Brian Evenson, author of A Collapse of Horses 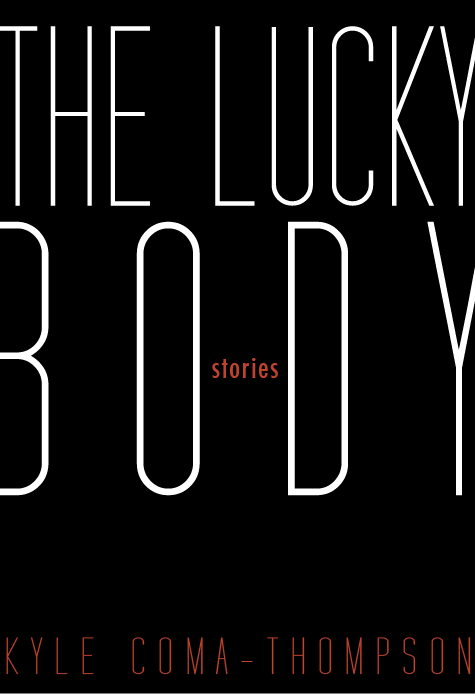 "Some writers make books; other writers make themselves, shedding books like skin. Kyle Coma-Thompson is of this latter persuasion, which means he doesn't need, or want, my praise, my condolences, my $16.95, my heart. In smaller countries, in earlier times, he was Aleksey Remizov, Virgilio Piñera, Clarice Lispector, Danilo Kiš."

"Kyle Coma-Thompson belongs to a generation of young writers who are exploding the boundaries of the American short story, bringing in the terseness of Kafka, the dizzying intertextual flights of Borges, and the wild darkness of Danilo Kiš. His work would have been almost unrecognizable to us twenty years ago, and that's why he deserves our attention today. Read The Lucky Body and taste the future."

-Jess Row, author of The Train to Lo Wu and Nobody Ever Gets Lost

"Coma-Thompson knows as many ways to mess with the contingencies of the human body as Chuck Palahniuk, David Blaine or the Marquis de Sade, and does so consistently, horrifically, beautifully, throughout this remarkable debut."

"The stories in Kyle Coma-Thompson's stellar debut collection are like starlight from a faraway constellation. They're distant and violent and strange, but they shine a brilliant light on the dark half of our lives. THE LUCKY BODY is that rare first book that bears little resemblance to anything that's come before it. I thank the stars it found me."

- Peter Geye, author of Safe from the Sea and The Lighthouse Road

"He’s received comparisons to Bruno Schulz, Calvino, and Borges, and though Coma-Thompson shows clear stylistic similarities, he often avoids those writers’ more fabulist tendencies, so that his stories feel irreducible and unclassifiable, containing the spark of those modes without the requisite elements, fabulist in a negative sense, sort of like how negative two still resembles a two. These stories are confounding, impressive, offensive, violent, and moving."

"These stories drift through the night-shade like melancholic whispers, their darkness on par with Goya’s Black Paintings, their elegiac madness and dreamlike terror."

"…a daring, beguiling body of work unlike any other..."